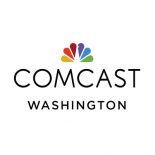 IMPORTANT NOTE: THIS SITE IS BEING PHASED OUT AS WE MOVE TO A NEW LOCATION: http://washington.comcast.com PLEASE LOOK THERE FOR THE LATEST NEWS! (Note, we can't hyperlink in this box to that new address, so please cut and paste it into your browser)

The event described below took place on Thursday; above you’ll see a video about the event. For the full half hour session, click on this link for our Livestream of the news conference. For a great report on the announcement and what it means for youth, here’s an article posted to ThurstonTalk.

My.Future Will Provide Hands-On Technology Training to Equip Youth with the Skills Needed to Succeed in the Digital Age

Comcast NBCUniversal is the Presenting Sponsor of My.Future, which is available to the nearly 4 million youth served by more than 4,100 Boys & Girls Clubs, including the Club kids at Boys & Girls Clubs of Thurston County. My.Future allows Club members to select from more than 40 activities that reinforce digital literacy, including areas of exploring the web, communicating with others digitally and building media. Additional experiences allow members to explore advanced topics, such as robotics, coding and game design.

“Today’s young people are digital natives, born into a world where technology is ever-present and constantly changing. In order to ensure great futures for all our youth, it is our job to keep up to date with technology,” said Joe Ingoglia, CEO of Boys & Girls Clubs of Thurston County “With the support of Comcast NBCUniversal and launch of My.Future, our Club members will develop the technology skills needed to pursue promising careers and thrive in today’s digital world. Comcast has already been supporting our kids through a great program called Digital Connectors for several years. Currently we have 16 kids at our Tumwater Club who will graduate at the end of the program with Cisco certifications, EverFi financial training, and the technological acumen needed to remain competitive in an ever-evolving, digitally-driven workforce.”

This is the fifth year Comcast Foundation has provided financial support to Boys & Girls Clubs of Thurston County, including the most recent grant of $13,000 for the Tumwater Digital Connectors program.
“The Boys & Girls Clubs of Washington, whether they’re in Bellingham, Tumwater, Spokane or so many other points in between and around the state, make a meaningful difference in the lives of kids every day by inspiring them to become productive, caring and responsible citizens,” said Len Rozek, Senior Vice President of Comcast’s Washington Market. “Comcast NBCUniversal is proud to partner with them to launch My.Future ― helping to bridge the digital divide and develop the computer scientists, engineers, software developers and programmers of tomorrow.”

Boys & Girls Clubs of America and Comcast NBCUniversal also announced today that they have entered into a five-year national partnership valued at tens of millions of dollars in cash and in-kind to support the development and launch of My.Future. Additionally, through the new partnership, Comcast will provide in-kind support that will include national airtime for Boys & Girls Clubs of America’s public service announcements to communicate the benefits Boys & Girls Clubs provide to youth most in need during out-of-school-time. My.Future is part of BGCA’s Great Futures Campaign, launched in July to call attention to the crisis facing kids and elevate the role of out-of-school time in reversing negative trends and empowering more youth toward success through enriching after-school and summer programs.

By partnering with Boys & Girls Clubs of America, Comcast NBCUniversal is harnessing the power of technology and the Internet to expand digital literacy and help conquer the digital divide. Since 2011, Comcast and the Comcast Foundation have dedicated more than $200 million in cash and in-kind support to fund digital readiness initiatives nationwide, reaching more than 1.75 million people through non-profit, digital literacy partners, including Boys & Girls Clubs of America.

According to STEMConnector.org, STEM jobs in the U.S. are expected to grow nearly twice as fast as other fields by 2018. There will be more than 8 million STEM jobs in the U.S. by 2018, but 3 million of them may go unfilled because of a lack of people with required skills. The project-based learning experiences that are a part of My.Future will expose more young people to STEM-related activities to help address this large, unmet need.
About Comcast Corporation

About the Comcast Foundation

The Comcast Foundation was founded by Comcast Corporation in June 1999 to provide charitable support to qualified non-profit organizations. The Foundation primarily invests in programs intended to have a positive, sustainable impact on their communities. The Foundation has three community investment priorities—promoting service, expanding digital literacy, and building tomorrow’s leaders. Since its inception, the Comcast Foundation has donated more than $153 million to organizations in the communities nationwide that Comcast serves. More information about the Foundation and its programs is available at www.comcast.com/community.

About Boys & Girls Clubs in Washington

The Boys & Girls Clubs of Washington exist to inspire & enable all young people to realize their full potential as productive, responsible and caring citizens. It focuses on five core program areas: character and leadership development, education and career development, health and life skills, the arts and sports/fitness/recreation. Currently, 78,660 Washington state youth in grades K-12 are served through annual membership and over 63,000 youth through community outreach. There are programs currently offered at 151 separate locations, including Clubhouses, native lands, public housing, schools and community centers.

About Boys & Girls Clubs of America

Find us on Google+